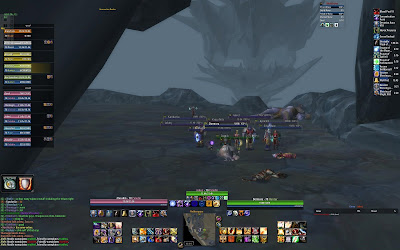 Well whats been happening in my world

Its been a while since Ive posted so I thought I'd update.....

I'm still completely addicted to WoW .... I have lvl'ed a paladin to 70 and am now main tanking end game content with him. I am pretty much main tank for the guild I have joined now, so its going well.

I've had a promotion of sorts at work since last I posted I am now known as a SAP Netweaver Dev., which means I spend a lot time playing with XSLT currently. Sending data all over the company, and Im also the lead technical on all Java/JSP development..... which is gr8t except for the fact Im so busy with the XI(exchange infrastructure) that I havent actually had any time to crack open the java stuff and start playing .... but hopefully things will settle down eventually.

Mike, Scott I think you 2 are the other people liable to read this ..... so I know youll understand.

Other than that because of a change in politics at the UNI, Im not teaching this semester and whilst it was gr8t to have some extra money, writing all those lectures and marking assingments and generally keeping up to speed was inpacting on WoW time to much so Im not sad that Im not doing it anymore. In saying that .... Im going to continue to keep my J2ME skills current as you never know when they might come in handy.

Well thats all the material i got for now ...seeya
Posted by macason at 1:19 AM No comments: